National Council of Science Museums (NCSM) functioning under the Ministry of Culture, Government of India celebrated Golden Jubilee of Mobile Science Exhibition (MSE) program from 17th – 20th November 2015. This flagship program started as Mobile Science Museum (MSM) in 1965 with a motto: If the people do not visit the museum, let the museum visit the people at their doorstep. First MSE (then MSM), on the theme ‘Our Familiar Electricity’ was inaugurated by Shri Praffula Chandra Sen, then Chief Minister of West Bengal at Ram Krishna Mission School, Narendrapur on 17th November 1965. However, the first MSE Bus was flagged off in 1966 from Birla Industrial and Technological Museum, Kolkata. Since, then the MSE buses have travelled a distance of 14,88,297 km and have been visited by more than 6,45,19,367 people so far. This has made MSE the largest and longest running non-formal science education programme in the country. 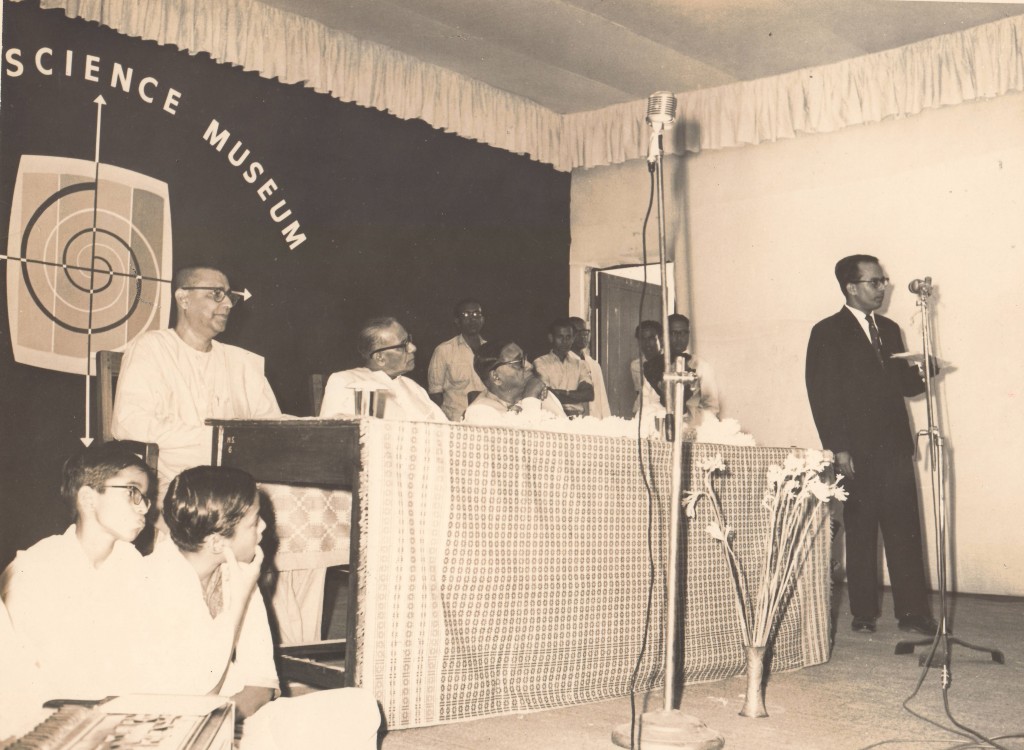 MSE program is an attempt of NCSM to communicate science and technology in the rural India. At Present, 23 MSE buses attached with different Science centres of NCSM spread across India, travel to unreached rural part of India and help develop scientific temper in the society. Besides exhibits, there are programmes like, Taramandal Show, Science show, Open house quizzes, sky observation programmes, film shows and science demonstrations to enrich the minds of students and the general public.

For other photographs, Pl visit Facebook page of NCSM: 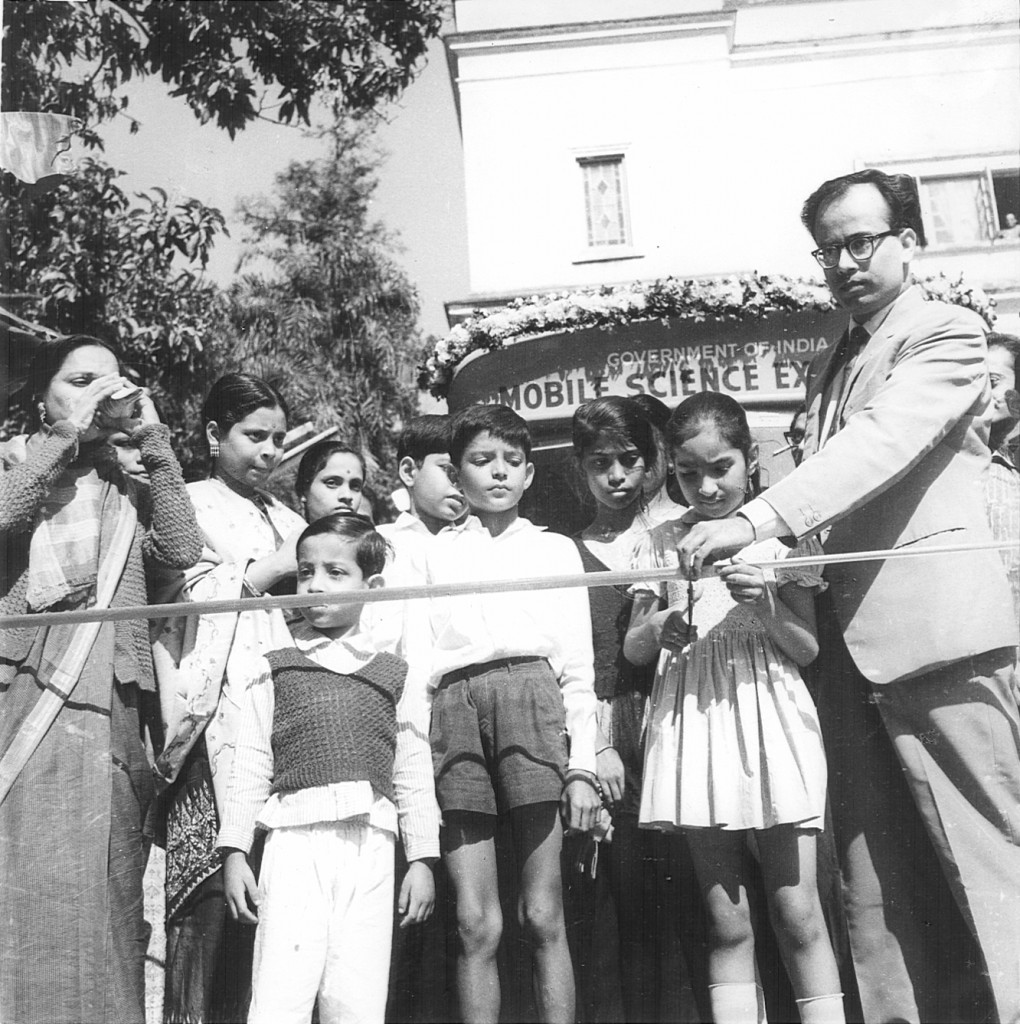 Shri Manish Gupta, Hon’ble, Minister in Charge, Dept. of Power and Non-Conventional Energy Sources, Govt. of West Bengal launched the Golden Jubilee Celebration at Science City, Kolkata today. A Film titled ‘Fifty Golden Years of Mobile Science Exhibition: Reaching Out to Rural India’ and a memoir, a Special cover was also released on the occasion. A new MSE bus on the theme ‘Digital India’ was also inaugurated on the occasion. This is an attempt of NCSM to communicate the vision and mission of ‘Digital India’ to rural masses through this most successful program. 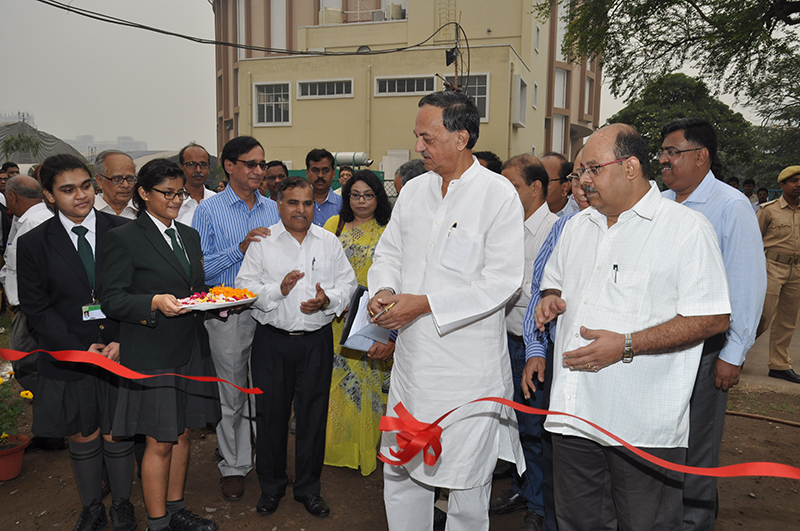 A workshop on various themes like ‘Challenges in conducting MSE Program’, Relevance of MSE program in current scenario’, Future model of MSE and add-on activities’ was organised from 17th - 19th November 2015. NCSM officials which included Education Officers, Technician, Drivers etc. associated with MSE programs were felicitated on the occasion.

A panel exhibition on the Journey of 50 Years of MSE program was on display at the Science City ground from 17th- 19th November 2015 along with 20 MSE buses based on different themes and coming from different corners of India. For the first time, all these MSE buses are on display at a place and this was a unique opportunity for the people of Kolkata to visit all these exhibitions at a place.

Speaking on the occasion Shri G. S. Rautela, Director General, NCSM said: ‘Rural people need to develop a level of science consciousness that will enable them to integrate modern technologies in their day to day life. MSE programs have been proved as the best way to connect with them.’

Sixty students and Teachers selected from all over India, who were part of the MSE program shared their experiences and the impact of MSE programs on their life. Prof. Ajay Kumar Ray, Director, IIEST, Shibpur, Dr. Saroj Ghose, Former President ICOM and Museum Advisor to the President of India, Ms. Arundhaty Ghose, Chief Post Master General, West Bengal circle were also present on the occasion. Shri A. D. Choudhury, Director, Science City gave vote of thanks. 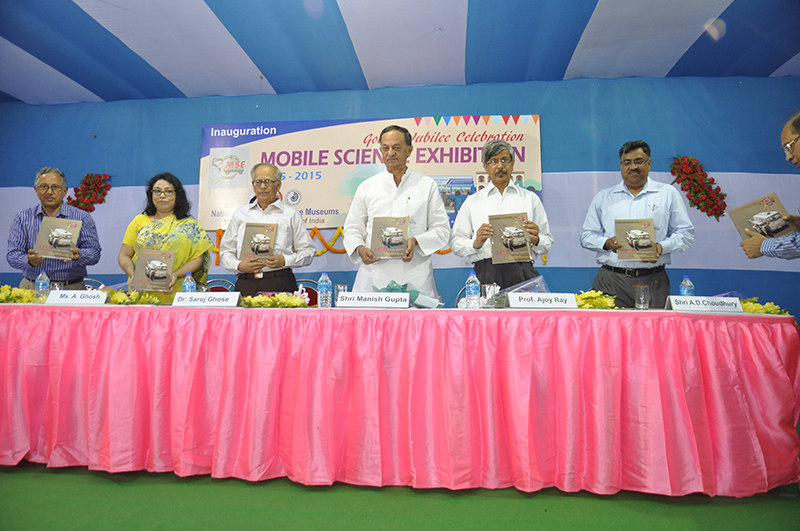 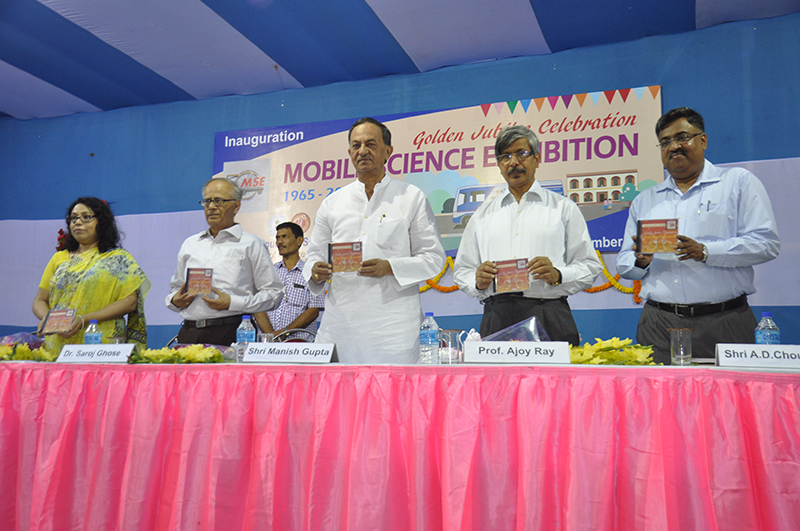 Release of Film on 50 years Journey of MSE[/caption] 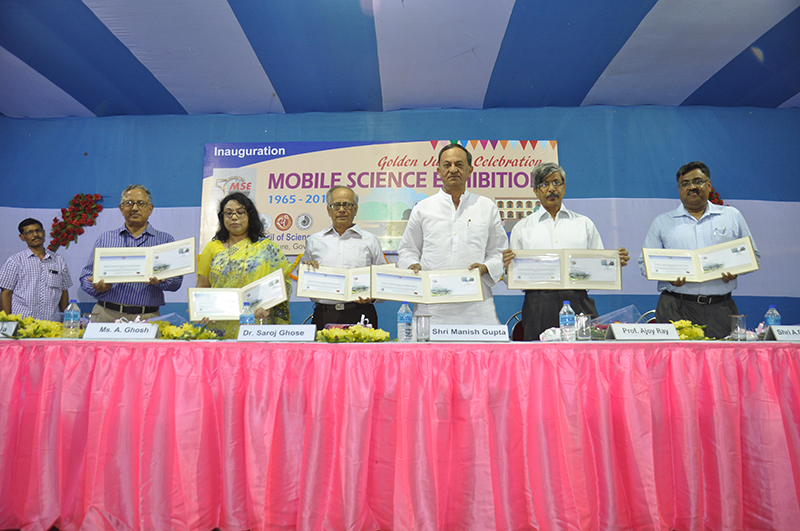 On 20th November 2015, all the MSE buses traveled to Ram Krishan Mission School, Narendrapur where the first MSE program was launched in 1965. The exhibition buses were on display there till 2.30 PM. Secretary, Ram Krishna Mission was the Chief Guest of the Valedictory Program at Narendrapur. A person, who was part of the first MSE program in 1965 shared his experience on the occasion. 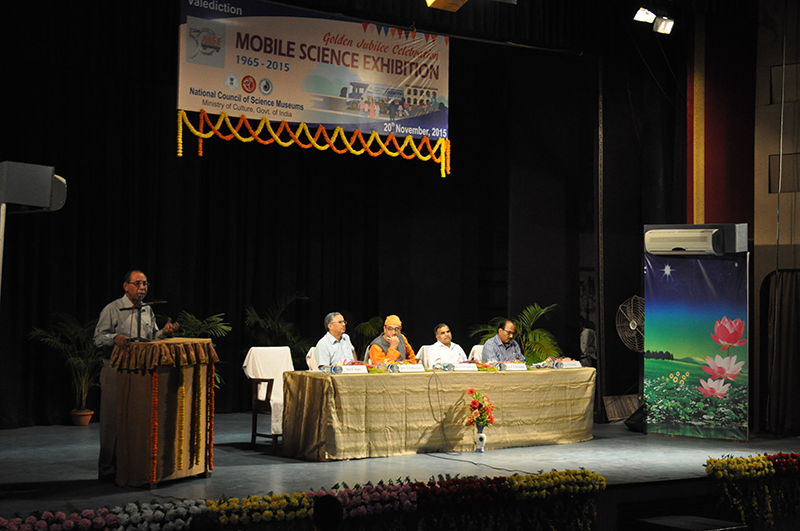