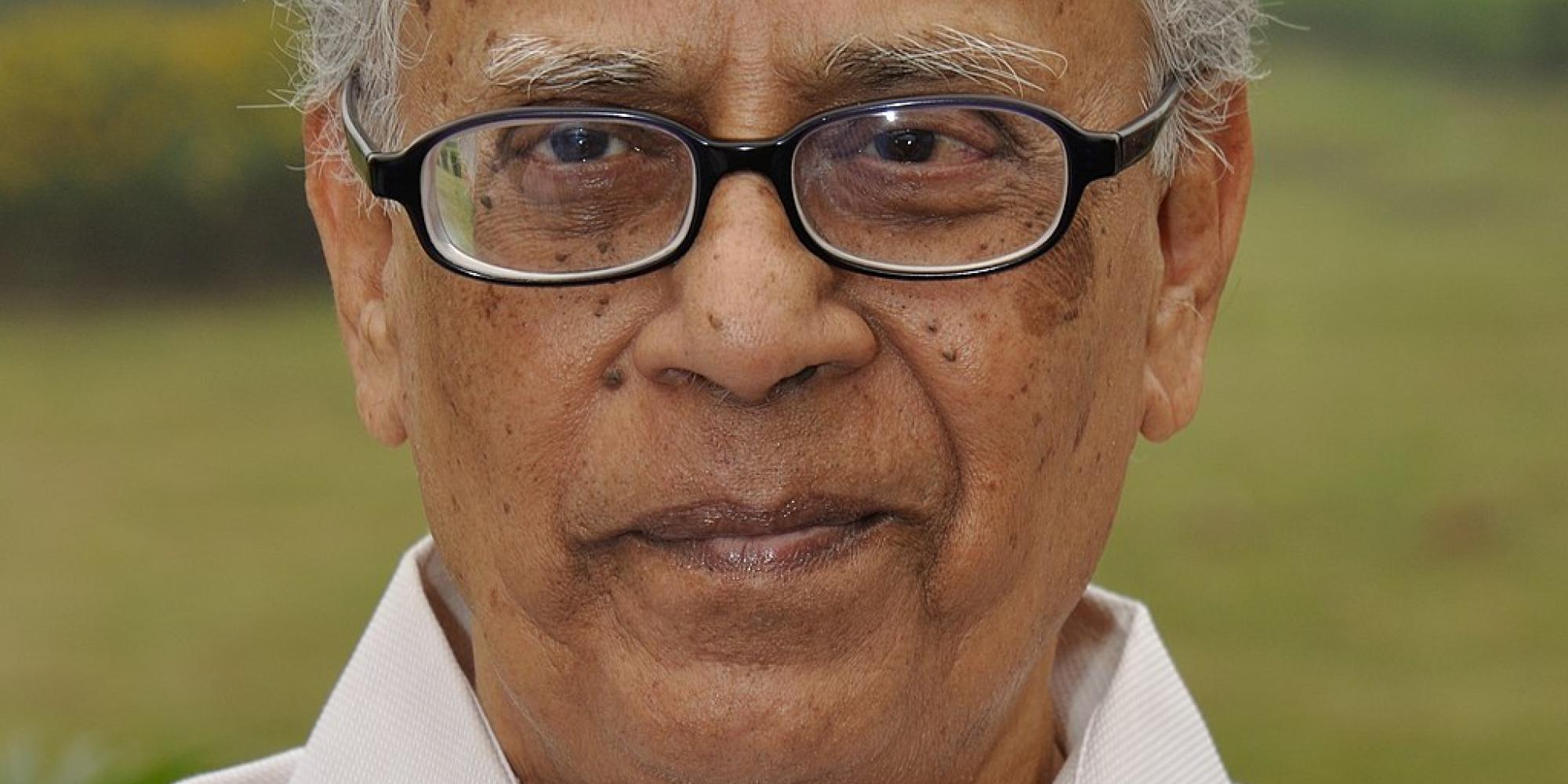 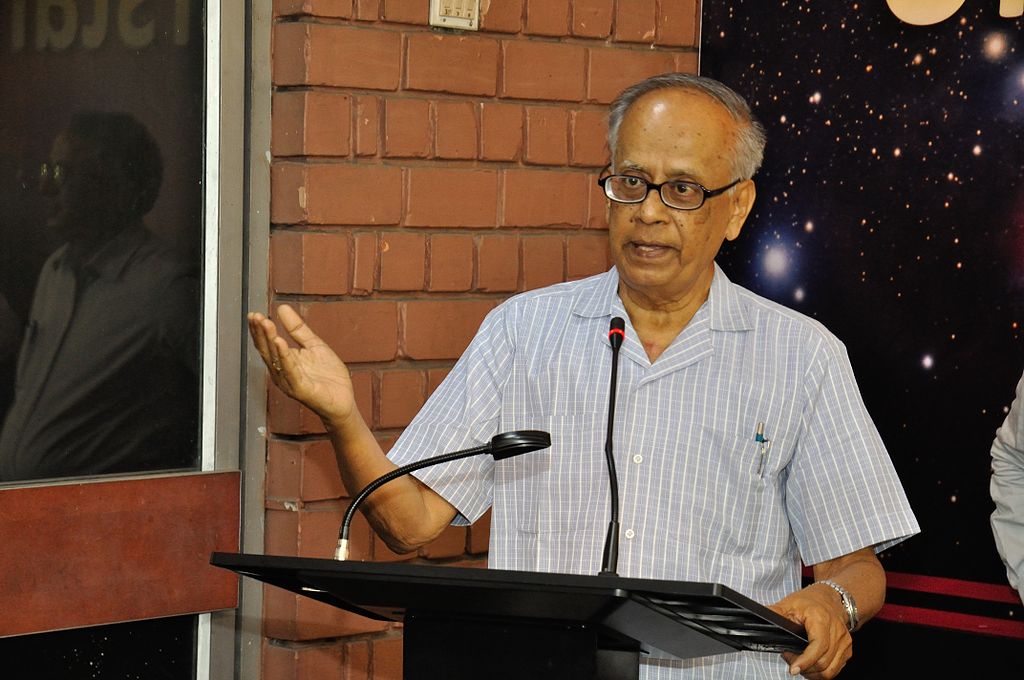 A brilliant student from school days, Dr. Ghose graduated from Jadavpur University in Electrical and Communication Engineering, and joined the upcoming Birla Industrial & Technological Museum (BITM), under the aegis of CSIR, as a Technical Officer in 1958. BITM was opened in 1959 and Dr. Ghose soon became an indispensable part of it.

In 1965, Dr. Ghose took charge of BITM. In the same year, BITM launched 'Mobile Science Museum' (now called Mobile Science Exhibition) at Ramakrishna Ashram School, Narendrapur, near Kolkata. The exhibition was on the theme 'Our Familiar Electricity' which had 30 exhibits mounted on portable stands, and carried by a bus. The philosophy behind this travelling exhibition was, “If children cannot come to Science Museum, Science Museum will go to them”. NCSM now operates 48 Mobile Science Exhibition buses throughout the country. Limca Book of Records recognized this programme as the largest and the longest running Non-formal Science Education Programme in India.

In the early 1970s, Dr. Ghose went to USA for higher studies where he earned an M.S. degree in 'Control Engineering' from Harvard University and was subsequently engaged with research in the history of science and technology at the Smithsonian Institution, Washington DC. After his return to India, in 1974, he submitted a thesis on 'The Introduction and Development of the Electric Telegraph in India' with Jadavpur University and earned a PhD degree in Engineering. While in the USA, he noticed how the world famous The Exploratorium, San Francisco, was changing the very concept of how children should learn science with the help of interactive exhibits to explore the rudiments of scientific principles. Dr. Ghose introduced this concept in India and Nehru Science Centre at Mumbai became the first Science Centre in India fully equipped with interactive exhibits. The centre was opened in 1985. Later on in 1992, National Science Centre, Delhi was opened in the same format but with interactive historical perspectives.

Prior to this in 1979, the International Year of the Child, he turned a municipal garbage ground at Worli in Mumbai into the world’s first science park, where children could explore the basics of science while playing with the exhibits, set up in the lush green ambience of the park. The model was globally followed by large numbers of science centres and is considered as an original contribution by NCSM. In 1985, this became the Nehru Science Centre, considered as the largest interactive science centre in India.

In 1978, the Govt of India delinked the two existing Science Museums and one Science Centre from CSIR and National Council of Science Museums (NCSM) was formed. Dr. Ghose took over as Director of NCSM in 1979 and in 1986 as the Director General. Motivated with the zeal of popularizing science, creating a scientific awareness in the country and nurturing creativity and scientific temper in the children through science centre activities, Dr. Ghose spearheaded the Science Centre movement in India. Under his leadership, 18 Science Centres (2 National Level, 7 at Regional Level and 8 at Sub-Regional/District Level) apart from the Science City, Kolkata, were set up across India. These Science Centres continue to play a vital role in spreading the message of Science in the country since their inceptions. Dr. Ghose retired from NCSM’s service in 1997, but NCSM continued his good work by setting up large numbers of science centres across the country. This was possible because of the visionary outlook of Dr. Ghose, who always emphasized on building a dedicated, motivated and trained manpower of Scientific, Technical and Administrative staff who would take his legacy forward. He was able to motivate them with the mantra “Work is worship”.

In the mid ‘80s, Dr Ghose masterminded the concept of international mega travelling exhibition titled “India: a Heritage of Science”. The exhibition was hugely popular in the USA, France, Soviet Union, Bulgaria, China, Bangladesh, Trinidad & Tobago, Guyana etc. The exhibition earned NCSM an international recognition for its contribution to the science popularization activities.

In 1992, Dr. Ghose conceptualised the concept of a Science City, a mega science centre which would transcend from interactive exhibits to immersive one with several novel expositions and facilities such as space theatre, motion simulator, convention centre etc. to become a self-sustaining unit in itself. Science City, Kolkata developed on a 50-acre plot of land, is the first of its kind in India. It was opened in 1997, and soon became a landmark in the City of Joy. With an annual average footfall of 1.5 million, it is the highest visited amongst all science centres in India.

After retirement from NCSM in 1997, Dr Ghose kept himself busy with the development of Kolkata Panorama for Kolkata Museum Society, Parliament Museum, Rashtrapati Bhavan Museum etc. He was also the Museum Advisor to the President of India. He also played a key role in the development of Gujarat Science City, Ahmedabad.

The illustrious career of Dr. Saroj Ghose is studded with many national and international recognitions. He was awarded 'Indira Gandhi Prize' from the Indian National Science Academy as well as 'Hari Om Trust Award' from University Grants Commission for Popularization of Science in 1988. In 2001, NCSTC, Govt. of India, awarded him 'National Award' for the best effort in science popularization amongst children. He was conferred with ‘Padma Shri’ (1989) and 'Padma Bhushan' (2007) by the Government of India. In 1996, he received 'Primo Rovis International Prize' from the Trieste International Foundation, 'ASTC Fellow' [Association of Science and Technology Centers, USA] in 1997.

Dr. Saroj Ghose had held several important positions in the Paris based International Council of Museums (ICOM) between 1974 and 1998 and twice became its President (1992-95 and 1995-98). He was also the President, Second Science Centre World Congress, 1999.

On the 85th birthday of the Father of Science Centre Movement in India, NCSM along with the nation, pays gratitude to him and wishes him a healthy and peaceful life. As Shri A. D. Choudhury, Director General, NCSM, puts it “Let’s join in conveying him warm wishes on his 85th birthday. He is not only the Pride of Kolkata but also the Pride of India”.