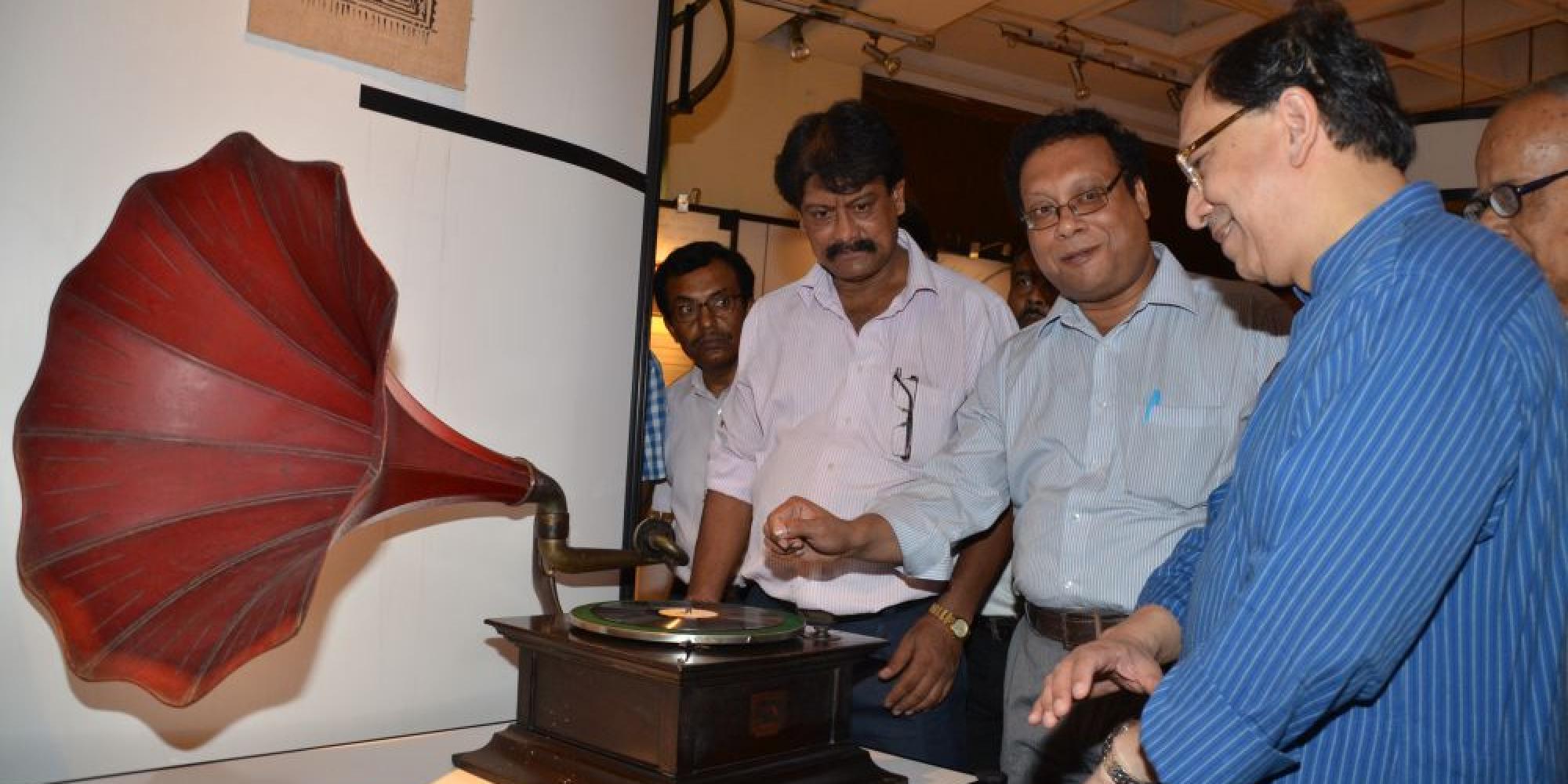 National Council of Science Museums (NCSM) under the Ministry of Culture, Govt. of India is primarily involved in communicating science to masses through its network of Science Centres/Museums since 1978. On the occasion of this birth anniversary of literary giant, it was decided to bring forth the lesser known scientific side of the poet. This highly informative 2000 Sq. ft. travelling exhibition– Rabindranather Bigyan Bhabna’ (A Poet with Scientific Bent) – developed by Central Research & Training Laboratory, the R & D wing of NCSM is a retrospective of the literary giant who practiced science as philosophy.

Represented with photographs, anthology of quotations, anecdotal collections, interactive multimedia and other exhibits, this exhibition intends to portray that to Rabindranath scientific truths were not mere abstractions and formulas but concrete living truths that inspired him to write great poems and compose wonderful songs. He assimilated and internalized the scientific spirit and weaved it into the very fabric of his philosophy and his artistic creations.

The exhibition presents conversation of Tagore with stalwarts of Science-Albert Einstein, Werner Heisenberg, Sigmund Freud, H. G. Wells etc. A stereoscopic 3D presentation of the Solar System –Tagore’s Life Long source of curiosity, awe and excitement as was described in his own words in ‘Biswaporichoy’ is a major attraction of this exhibition. Script of the documentary is his own, only the visuals have been added.

A George Neuman Recording Machine by which the voice of Rabindranath Tagore was recorded first is on display along with a Gramophone which plays songs in the voice of Tagore. An android based app has also been developed which will act as an audio guide to the visitors. The app can be downloaded free from the link 192.168.1.250.

Speaking on the occasion DG of NCSM, Shri G. S. Rautela, said- ‘This is a small attempt of NCSM to bring forth the lesser known side of giant personality Gurudev Rabindranath Tagore. Although, he may not be counted among scientists but his scientific bent of mind was excellent. This is evident from his book ‘Biswaporichoy’. When Science education was not compulsory in India, he emphasized on science education in Shantiniketan.’ On the other hand Prof. Sugata Bose gave a presentation on the theme and quoted sentences which highlighted scientific and inquisitive side of Tagore from his book ‘Biswaporichoy’. A brochure was also released on the occasion. Curator Shri N. Dasgupta, gave vote of Thanks.

The above exhibition will continue till May 18, 2015 in the exhibition hall of BITM, Kolkata and will be open to public from 10 am to 5:30 pm on all days including Sundays and holidays.