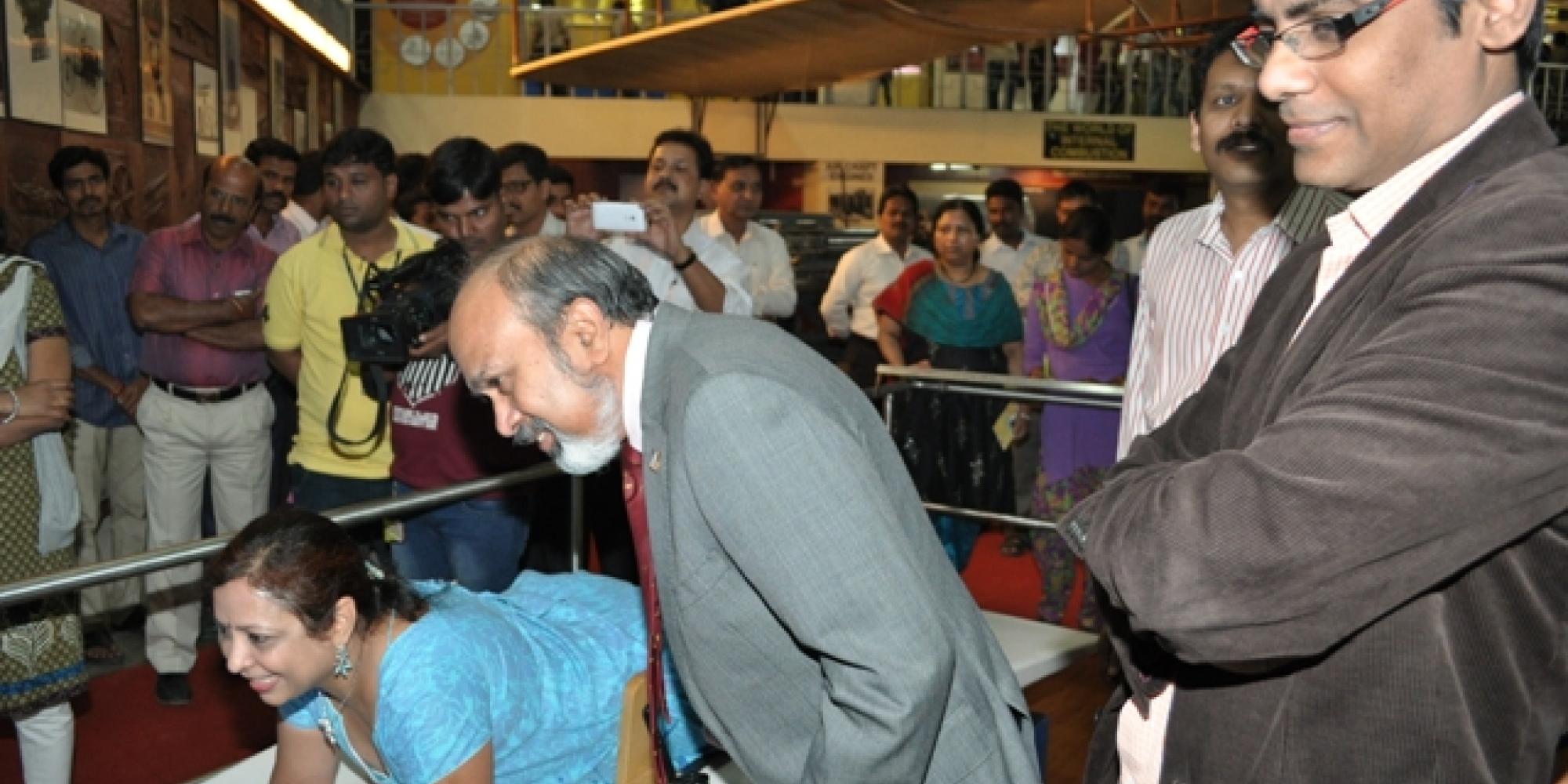 Bengalureans will soon get the opportunity to experience what it is like to fly the world’s first successful aircraft, which was flown more than a century ago. And where? Simply drop in at the Visvesvaraya Industrial and Technological Museum (VITM).

As part of its golden jubilee celebrations, VITM has installed a simulator that replicates the conditions and controls of the aircraft that was piloted by Orvil Wright in 1903, a crucial moment in the history of aviation.

Addressing a press conference on Friday, K G Kumar, director, VITM, said, “I am most certain that this would be the first such simulator in Asia. The flight simulation would be for three minutes. We want people and children to get a chance to experience the first flight ride in history.”

Purchased from the Wright Brothers Aeroplane Company, the simulator is controlled by a single wooden joystick and rudders. It was purchased at the cost of Rs 30 lakh.

The museum already has a model of the Wright Brothers’ aircraft that was installed back in 2003.

“We got drawings of the model from NAL (National Aeronautics Limited) and 20 people from the museum worked tirelessly to design the aircraft,” he said.

Commenting on Bengaluru developing as the centre for the aviation industry K Madan Gopal, curator, VITM said: “A number of companies like Boeing and Mahindra are present in Bengaluru. In fact Bengaluru has developed as an aviation hub,” he said.

The museum also boasts a new science show hall and a traveling exhibition. The former will feature a number of science shows on topics that involve experiments on sounds, solid carbon dioxide, to name a few. Visitors can also partake in the experiments to experience science beyond the classroom.

The traveling exhibition themed “Disasters – preparing for the worst,” will feature a number of interactive panels on man-made calamities, natural calamities and disasters . “Essentially the idea is to be aware about such disasters and how to prevent them,“ said Kumar. All the facilties will be inaugurated on Saturday.