Today, a day conference on “Traditional Indian Crafts-Storehouse of Scientific Knowledge” was inaugurated by Dr. Saroj Ghose, Former President, ICOM and Former Museum Advisor to the Hon’ble President of India at Science City, Kolkata. The conference was organised as a part of the Traditional Crafts and Artisans Meet & Exposition of India International Science Festival 2019. During his address, Dr. Ghose shared his experience of introducing crafts in Science Museums around 40 years back and also during the ‘Festival of India’ Exhibition which travelled in different cities of USA. He shared how to craft demonstrations during the exhibition became a major crowd puller. He also explained science and technology behind the traditional crafts citing examples of Dancing Girl of Mohenjo-Daro, intricate work of gold and silk in Banarasi Sari etc. He also suggested the National Council of Science Museums (NCSM) should introduce a crafts demonstration corner in Science Museums/Centres on a regular basis. 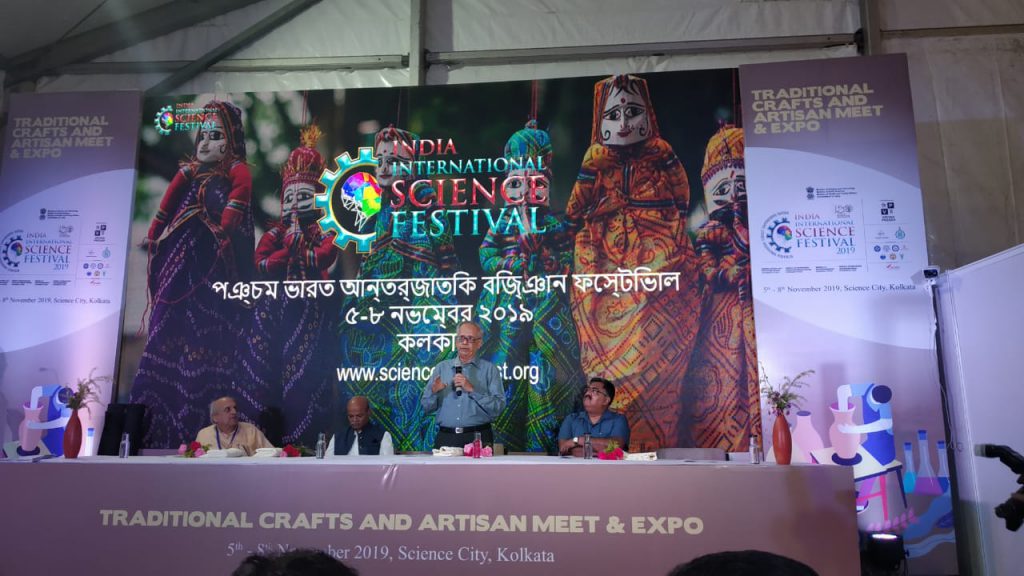 After the inaugural session, Prof. Vasant Shinde, Eminent Archeologist and DG, National Maritime Heritage Complex & Ex VC, Deccan College, Pune delivered a Keynote address on ‘Origin and Development of Basic Sciences and Technologies: An Archeological Perspective’. He shared about his discovery of Rakhigarhi skeleton which helped in rewriting Pre-history of India. Public Bath from Mohenjodaro, Tiles of the toilet, Dockyard from Lothal, well from Dholavira suggests ancient Indian civilization was more advanced than many other civilizations. He further said that many artisans still follow the same method as was followed during the Harappan Period. 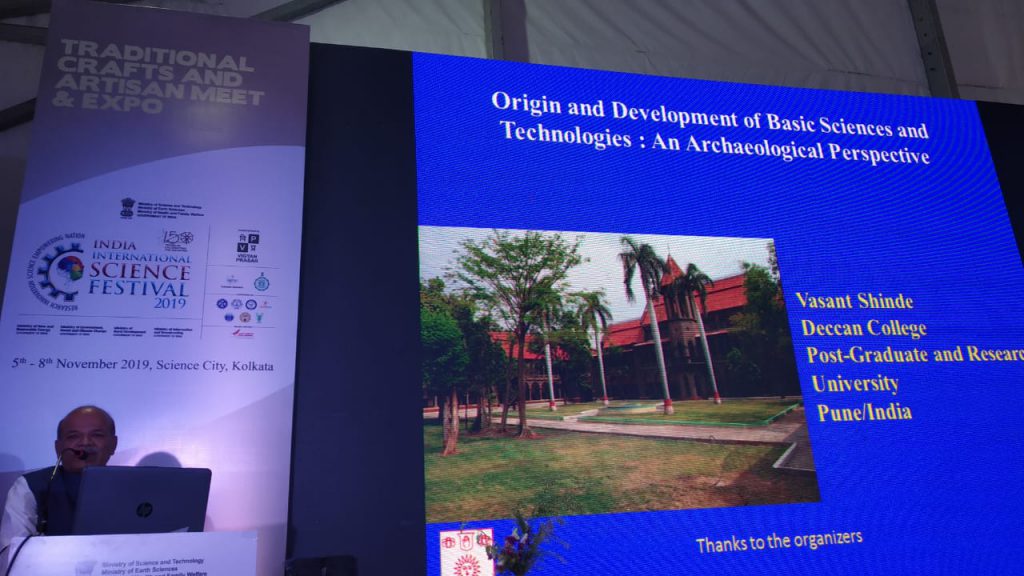 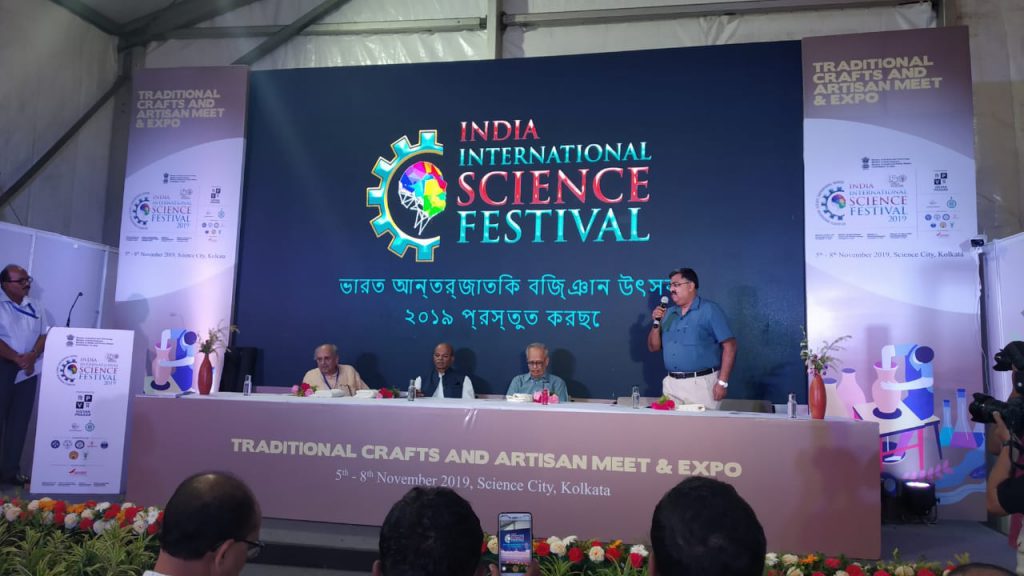