An interactive Session with Prof. Xiangyi Li, the winner of the 2013 UNESCO Kalinga Prize for the Popularization of Science, was organized at the National Science Centre, Delhi on 11th September 2014. Prof. li interacted with over 75 museum professionals from various museums in Delhi and other science communicators. 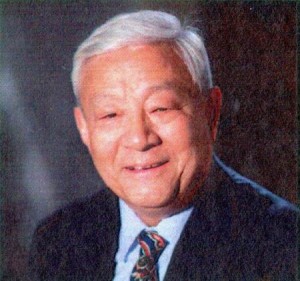 Professor Li, an academic and popular science expert, is one of the founders of the China Science and Technology Museum, which he also directed. He also led the Science Popularization Department in the China Association for Science and Technology, which promoted science in rural areas, factories and mines. He launched the first national study on the spread of scientific knowledge, and was a regular speaker on science popularization and science education, for which he is recognized throughout the country.

Prof. Li delivered a lecture on the topic ‘The Development and Practice of Science and Technology Museums in China’ in the Centre.He elaborated how under their government’s impetus, China’s science and technology museum movement achieved rapid development.  As the public welfare cause, the science and technology museum is promoted by governments at all levels, and has gained wide acceptance. He explained various other positive policies of their government.

The architecturally excellent views many modern Chinese science centres were also a point of discussion among the audience.  Creative development is the core of exploration for   China’s science and technology museum cause. Creativeness has been the soul of construction and development for science and technology museums. Prof. Li said that Science Centres in China are being developed with objectives

Prof. Li gave an overview of the present museums in China as Technology Museums： 721 (including Science and Technology Museums, Natural History Museum, Professional Museum of Science and Technology, Planetarium and Natural Conservation Area Museums, etc.), of which  280 accounting for 39% were Museums at provincial level. He also informed that in the next few years, almost one hundred science and technology museums will be established, which will signal to usher in the best historical period for the development of China science and technology museum cause.

Prof. Xiangyi Li involved audience in explaining and demonstrating some scientific experiments, emphasizing how student and general visitors may be explained exhibits in a Science Centre. He emphasized on improvement of ideas, innovation in demonstrate innovation for Sustainable development.

The Interactive session was attended by 75 museum professionals and NSCD Officers. Later Prof. Li visited the Galleries of NSC Delhi and also saw the ‘Innovation Space’. Prof. Li also interacted with curators and Education & Technical officers and answered their queries.  There were many questions related to exhibit presentation, audience profile and how India and China may exchange ideas on exhibits and exchange display of exhibitions of mutual interest in the Science Centres.

On 12th September 2014, Prof. Li also visited two schools of Delhi, Amity International School, Mayur Vihar, Delhi and ASN Public School, Mayur Vihar, Delhi to get a feeling of science education in the schools.  Students and teachers were interested to know about the schooling in China and how the students learn Science education. Prof. Li was interviewed by students for their magazine named as ‘Global Times’.