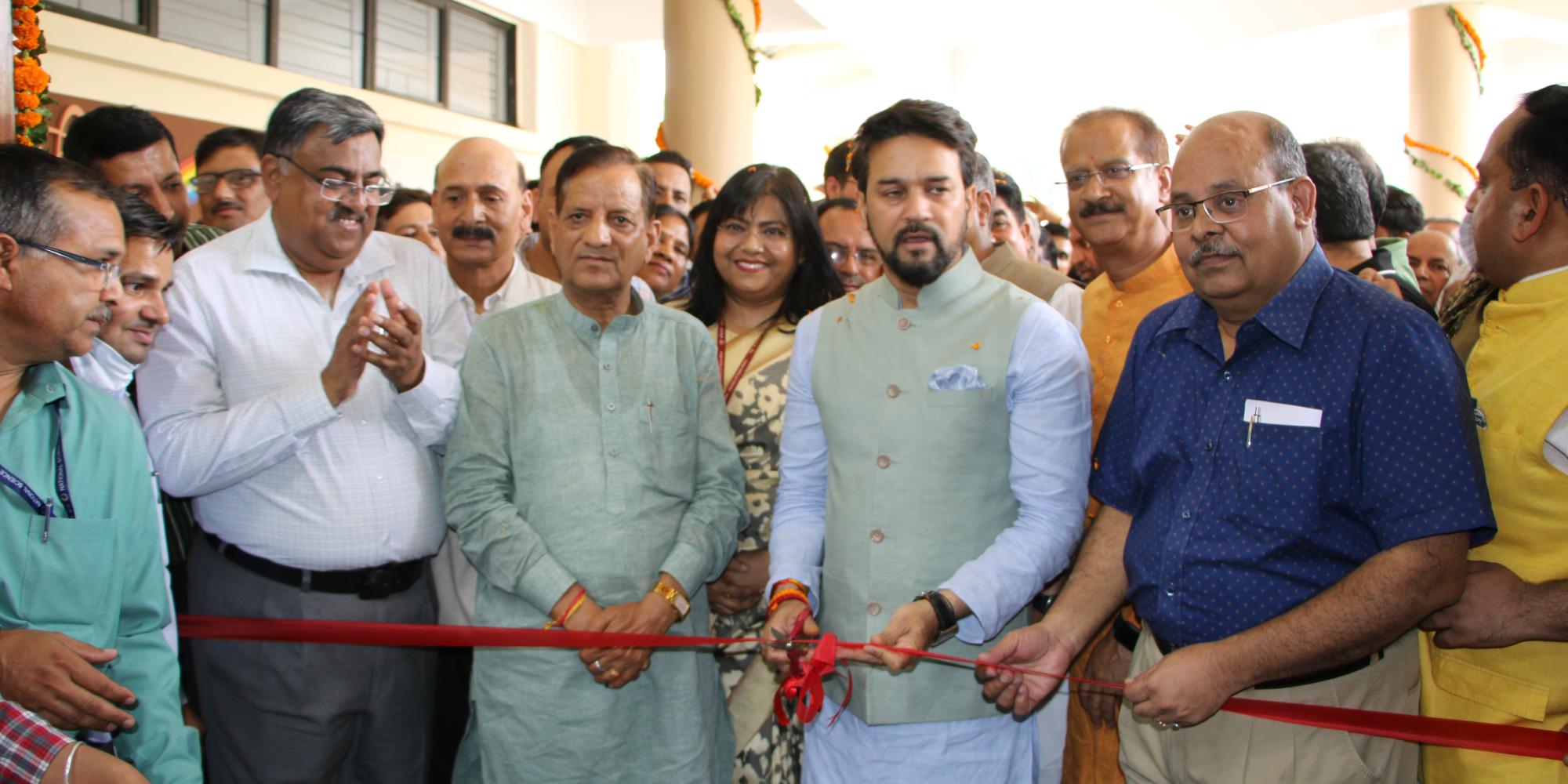 In his inaugural address, Shri Thakur implored all the students of Himachal Pradesh to compulsorily visit Palampur Science Centre so as to inculcate scientific temperament. He cited example of sportsmen to bring home the point, he further added that, without the knowledge of science even sportsmen can’t achieve optimum results.  He also advised National Council of Science Museums, to keep adding newer facilities to the centre, one such addition could be Planetarium.

National Council of Science Museums (NCSM), an autonomous organization under the Ministry of Culture, Govt. of India, has developed the centre through the Scheme for Promotion of Culture of Science (SPoCS). A joint initiative of the Central Government and the Himachal Pradesh government, the project costed Rs. 9.0 crores. Main aim behind development of such centres is to portray the growth of science and technology and their application in industry and human welfare, with a view to develop scientific attitude and temper in the country as also to conduct research in science and technology in the areas pertaining to the activities of the Council.

Palampur Science Centre, has star attraction in the form of a thematic gallery titled ‘Untamed Earth’ that houses around 25 interactive exhibits.  This has been specifically conceptualised and curated keeping in view the sensitive Himalayan belt, located at the juncture of two active tectonic plates. Himachal Pradesh is prone to seismic activities of varying intensities resulting in natural events/disasters like landslides, flash floods, avalanches, forest fires etc. that can have devastating effect on life & property. One can explore and witness some of these incredible and awful phenomena the Earth has to offer - along with the science behind them through these interactive exhibits.

Other facilities of the centre are Science Park, Innovation Hub, Portable Planetarium and Fun Science Gallery. The centre has 3000 sq mtr of built up area and 2500 sq mtr of exhibition space. The centre also has provision to house temporary exhibition. At present the exhibition on ‘Digital India’ is put on display.

Astronomy and astrophysics has sparked new zeal and interest among millennials, thanks to yeomen achievements of India in Space Sciences. Unique portable planetarium, which can accommodate around 25 students at a time, will provide rudimentary knowledge related to Astronomy & Space Science and also be handy in explaining science behind celestial phenomenon, night sky, eclipses etc.