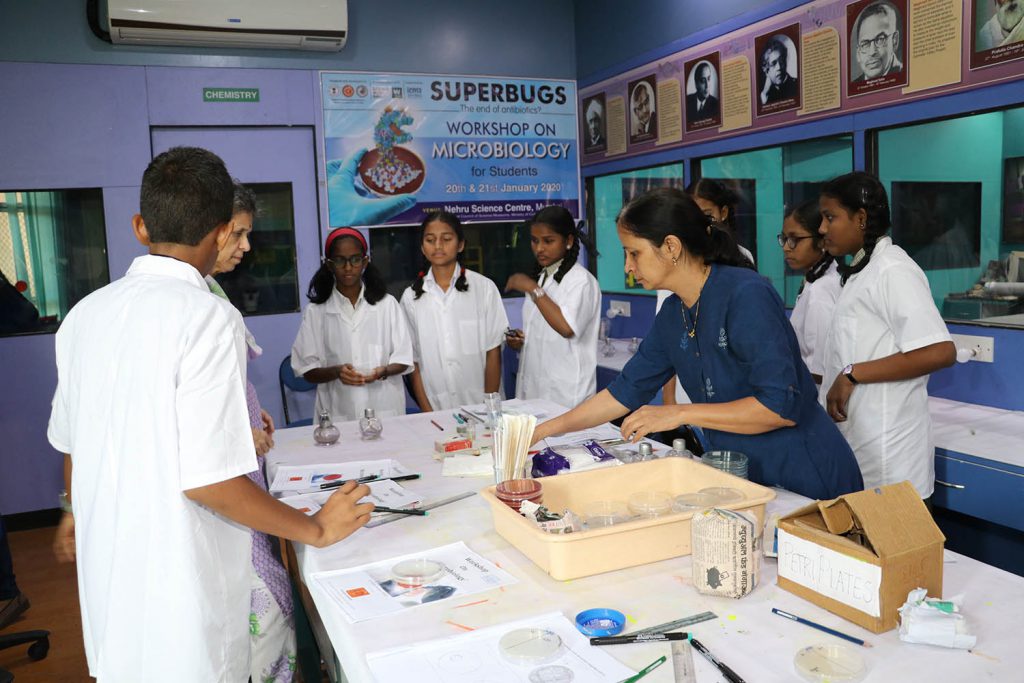 Both the workshops created awareness about the invisible world of microbes. The participants had hands-on experience on the techniques of Microbiology such as staining, asepsis and inoculation. They observed bacteria, algae and fungi under the microscope and studied microorganisms present in the air, on the skin and in the spit. They were also shown a simple technique of observing organisms using a laser beam.

The homemakers were mostly from a non-science background and were enthusiastic to perform practical after a long gap. They were also fascinated to actually observe the microbes.

The school students had mostly read about microorganisms but didn’t actually see them and were excited to see the colonies of bacteria/growth of bacteria.

Importance of hygiene was emphasized. The participants assured to spread the awareness of the workshop to their colleagues. In all 14 homemakers and 21 school students participated in the workshops.