Today Science City, Kolkata organised a Puppet Show “Antibiotics Use: Tina’s Story” in the open air. This show portrayed the story of a little girl Tina. How she fell ill and got wrong medicines from the local pharmacist which resulted in multi drug resistance illness was presented in the show. What are the consequences of over-the-counter medication, what one should do after getting ill and how costly and lengthy is the treatment of multi drug resistant illness was depicted in the show through Tina’s story.
“The puppet show is an attempt to raise awareness about the problem of antibiotic resistance through this popular medium. The show has been organized as a part of the international exhibition “Superbugs: The End of Antibiotics?” presently on display at Science City Kolkata”- said Shri Subhabrata Chaudhuri, Director Science City, Kolkata. He further added-“The exhibition highlights the growing problem of Antibiotic Resistance. This is a manmade disaster and hence needs intervention at human level. Everyone in the society has a role to play. So I urge everyone to hpw work together to stop the spread of Antibiotic Resistance”.
It may be noted that the exhibition has been organised by National Council of Science Museums (NCSM) in collaboration with Science Museum, Group, London, Wellcome (UK) and supported by ICMR. The Exhibition explores how society is responding to the enormous challenge of antimicrobial resistance (AMR) and antibacterial resistance (ABR) in particular featuring scientific research from across the globe and personal stories of those waging war on Superbugs. 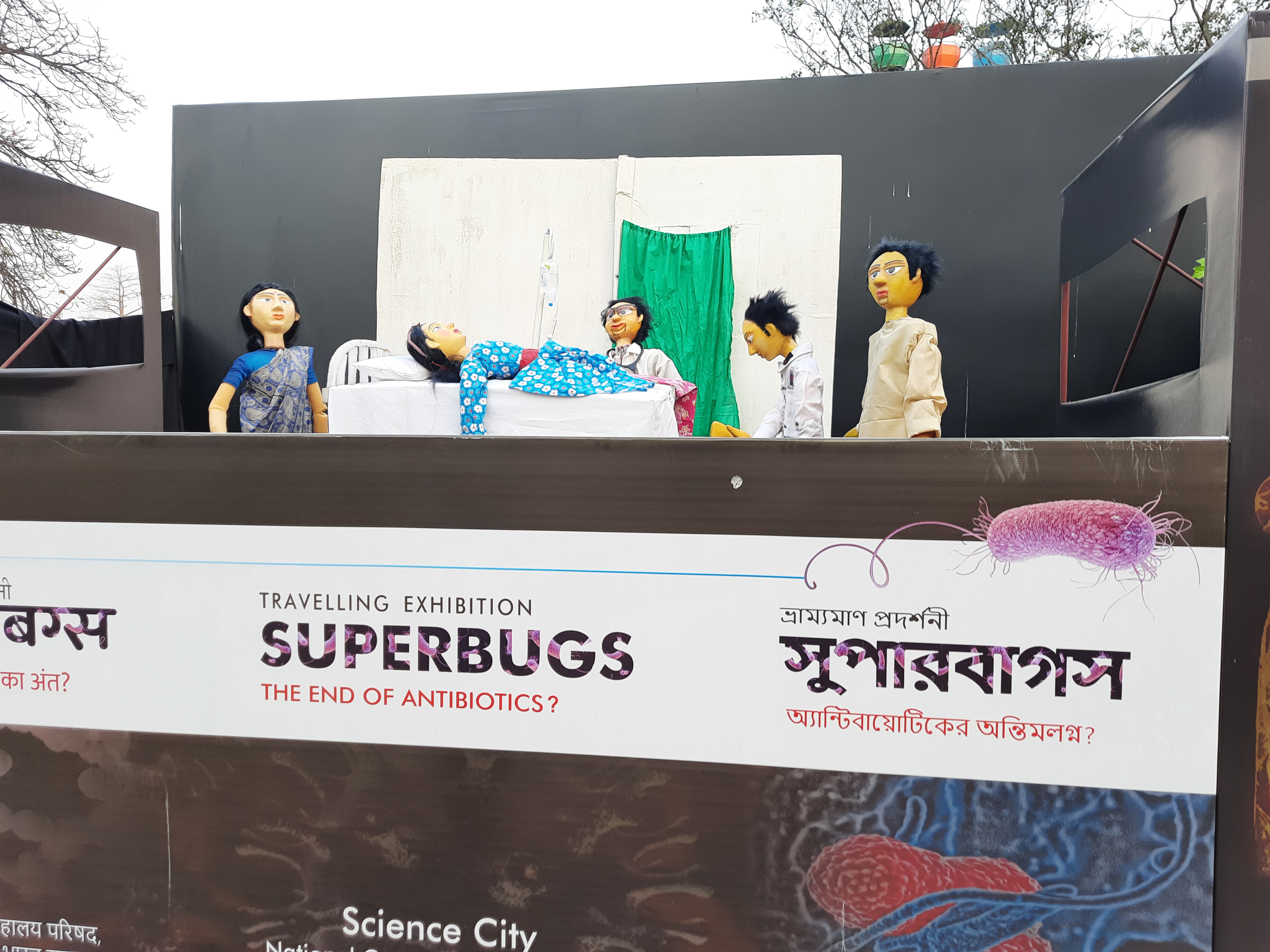 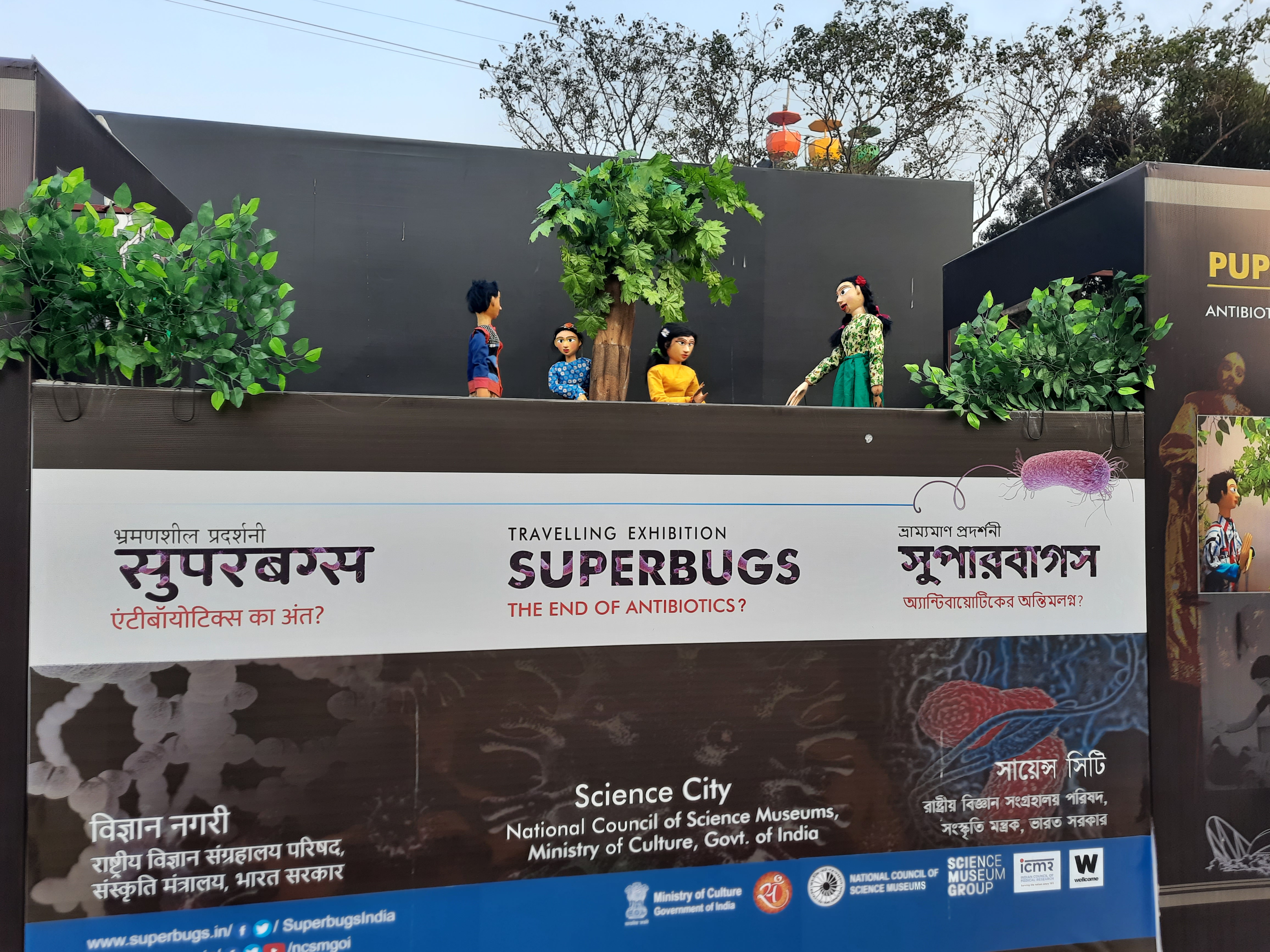 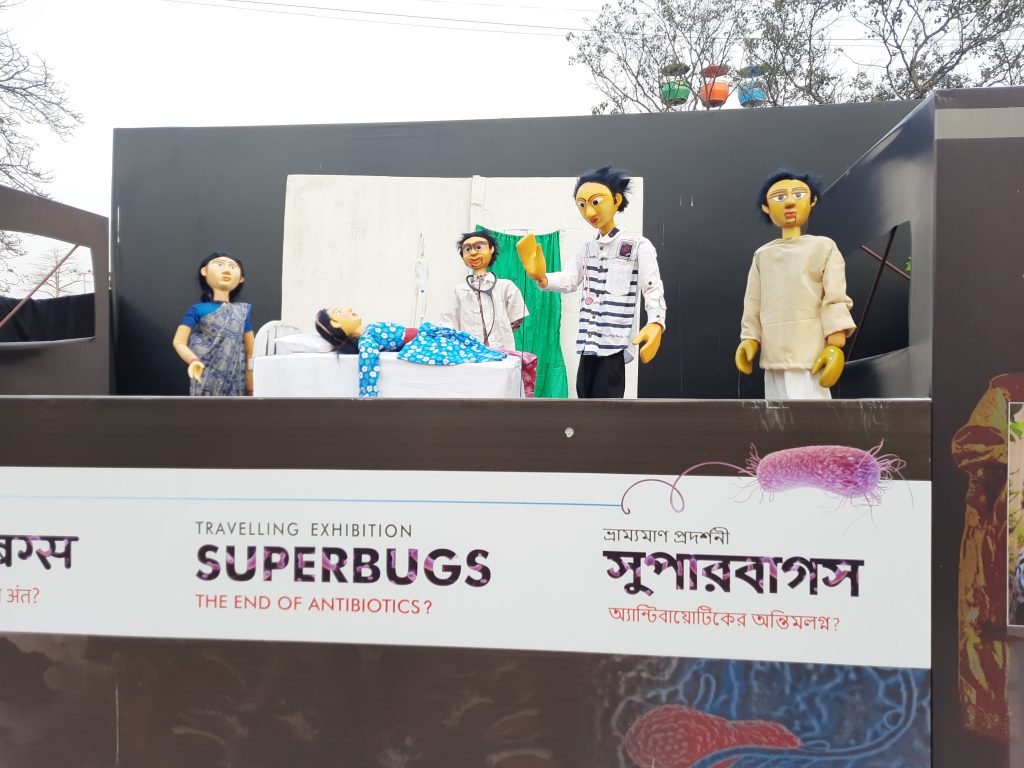